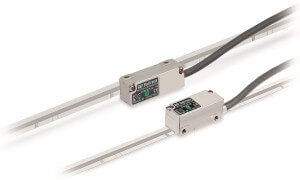 Schaumburg, IL (January 2015) – RSF Elektronik has released the MS 15 optical kit style linear encoder with the most advanced features available in the smallest mechanical profile in the industry. Available in North America through parent company HEIDENHAIN Corporation, the MS 15 is suited for motion applications in various industries such as metrology, semiconductor, medical, and automation.

The MS 15 optical kit style encoder is only 36mm x 13.5mm x 14.8mm in size, and provides a 40 micron grating pitch on an 8mm wide steel tape carrier that has a double-stick backing for mounting directly to the machine axis. The measuring tape comes with accuracies of ±5 or ±15 microns per meter and comes in lengths up to 20 meters. The tape allows customers to choose the reference mark, as the marks are printed every 50mm and a sticker placed on the scale is used to highlight which reference mark is needed.

The tape also features the use of optical limits where separate stickers are placed on the scale that are detected by the reader head which sends the limit signals to the control or readout. A mounting tool is also offered to help install the measuring tape onto the machine axis with precision.

RSF Elektronik can be accessed directly via the web site at www.rsf.at. The North American contact for RSF products is Kevin Kaufenberg at 847-490-0387 in the HEIDENHAIN Corporation offices at 333 E. State Parkway, Schaumburg, IL  60173. PR Manager is Kathleen Stoneski 847-519-4702. 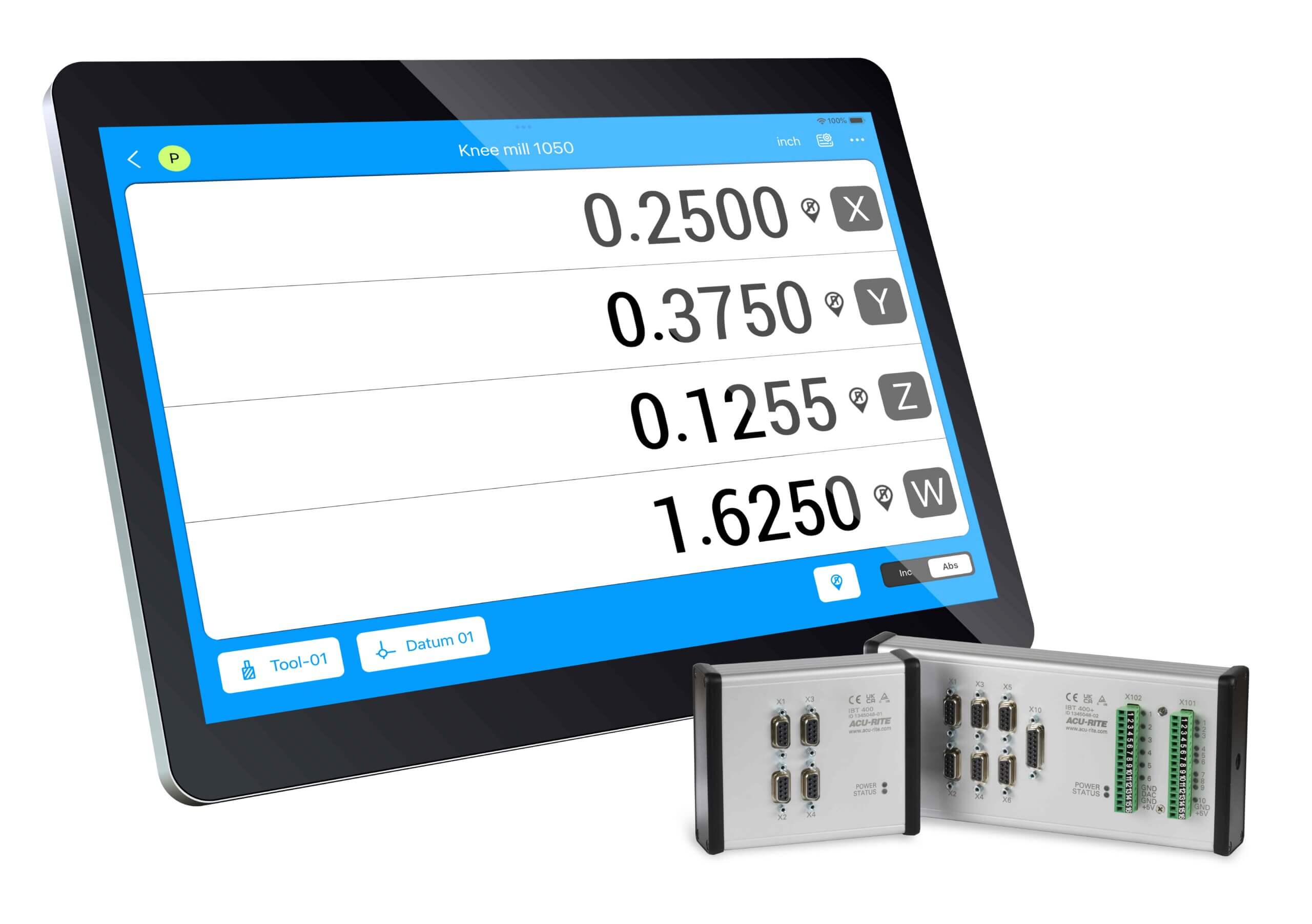 SCHAUMBURG, IL (August 2022) – Offering machinists a pioneering way to a new Bluetooth-enabled digital readout, HEIDENHAIN presents the highly anticipated ACU-RITE-brand droPWR. This new droPWR is a first-of-its-kind system to enable an iPad® tablet to become a digital readout (DRO), doing everything an ACU-RITE DRO can except without cables between tablet and machine tool! […]

SCHAUMBURG, IL (July 2022) – Specially optimized for feedback on machine tools is HEIDENHAIN’s latest generation of linear scales, the LCxx6 series. Designed with an optimized internal scanning system, this series is resistant to liquid contamination and is quickly becoming the industry standard for position measurement on machine-tool linear axes. As one of HEIDENHAIN’s most […]

EnDat 3: Ready for the Future of Digital Manufacturing

EnDat 3 is HEIDENHAIN’s newest generation of encoder interface and is an important part of the future of industrial digital manufacturing. This interface offers enhancements to HEIDENHAIN’s long-established EnDat family by introducing new diagnostics and connectivity functionality not seen before in an RS-485 style interface. While carrying forward the features and benefits of the well-established […]