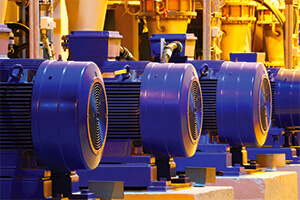 When it comes to choosing linear or rotary encoders, there are a lot of factors to consider. Chief among them are how to achieve the repeatability, accuracy and resolution needed for the particular motion-control application. The very first decision required to dial these factors in is often between incremental and absolute encoders.

Both types do the same thing, provide feedback on speed and position, using markings, graduations or slots on a disc or scale that are read by a sensor and transmitted to a power source, controller and/or readout. That said, they do this in different ways. Let’s examine these differences.

The markings on incremental encoders are typically identical and spaced evenly apart. These generate consistent pulses that allow this type of encoder to measure how fast and how much rotation or linear movement occurs relative to where it started (the system powered on). The more markings an incremental encoder has, the higher its resolution. 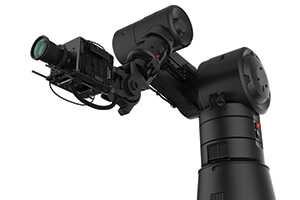 Absolute encoders are designed and imparted with much more elaborate markings, graduations or slots. The added detail allows for more detailed motion feedback. Specifically, every position on the encoder has a unique code. In addition to high precision, this provides distinct strengths.

1. Remembers its position after a power outage and offers continuous position monitoring
2. No need for battery backup to prevent data loss
3. Typically have speed, scaling, preset and fieldbus functions
4. Programing flexibility – no need to program from a new ‘home’ when powered on
5. Precision control allows for use in more applications that require functional safety
6. Allows you to determine the exact position of a machine and control over the storage of electronic data when powered on
7. Multiple interface options: Analog, Ethernet, Fieldbus, Parallel, Serial
8. Optical or magnetic scan-measurement

The basics of encoder interfaces

Encoder interfaces are the language that the encoder and electronics use to communicate. The encoder and electronics, whether it’s a drive, control or some sort of readout, need to speak the same language. Incremental interfaces were first introduced as analog, most commonly alternating sine/cosign waves, using pulses to signal when a line on the encoder was passed. Digital waves use square-shaped waves that are easier for electronics to deal with. Examples of those would include TTL or HTL.
While there are interfaces that can work with both types of encoders, absolute communications are usually serial; instead of using pulses, they are communicating in bits and bytes. Since markings aren’t evenly spaced as on incremental encoders, there is usually a clock frequency as well, in place of the effective timing of the simple pulses used by incremental encoders.

What is an encoder ASIC?

A key term you’ll hear in discussion of encoder interfaces is ASIC or Application Specific Integrated Circuit. This is essentially the computing power within an encoder. These chips perform all the mathematics and conversions. While R&D is a core value at HEIDENHAIN, ASICs get a lot of our time and energy when it comes to encoder innovation.

The latest in interfaces: EnDat 3

Interfaces have come a long way from analog pulses. The latest version of HEIDENHAIN’s EnDat, for example, has the ability to transmit more information through less hardware. Whereas, previous versions used six wires, EnDat 3 only requires two and can transmit readings like vibration and temperature across the already established communication lines. The ability to transmit so much data using less hardware simplifies design, reduces the volume and space necessary and reduces cost.
Bus compatibility is also in development. This will allow for multiple encoders to be connected in a single line all the way back to the master as oppose to point-to-point connections where each encoder communicates independently.

How incremental and absolute encoders are used

Fundamentally, incremental and absolute encoders do the same things: They measure the key elements of motion, including speed, location, stops, starts and distance. While absolute encoders are usually used in more advanced systems that demand extreme precision, complex programming and safety, both types are used in similar industries. 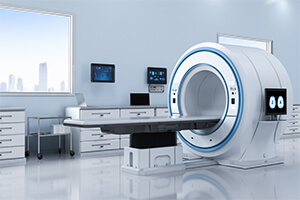