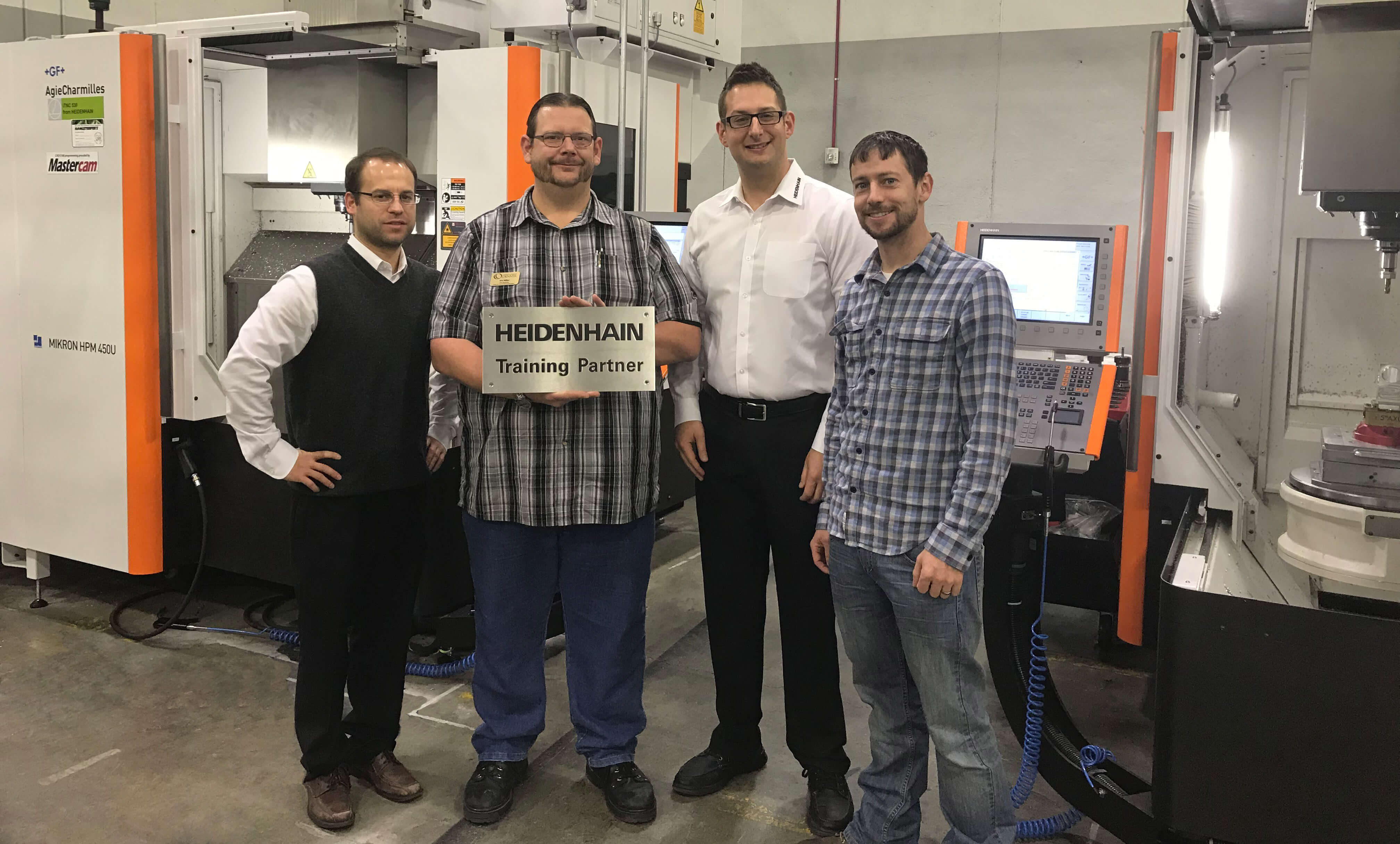 With more than 8,000 students, Community College of Denver (CCD) is a leading point of entry to higher education in the Rocky Mountain region. CCD offers more than 100 certificates and degrees, and helps students transfer to a four-year institution or immediately start working in their chosen field. Now, with its recent certification as a HEIDENHAIN PARTNER TRAINING, CCD and its Advanced Manufacturing Center (AMC) play an integral part in supporting and advancing TNC control applications all around the world.

CCD’s Advanced Manufacturing Center is a state-of-the-art 33,280 square-foot facility offering degree and certificate programs in machining and welding. CCD’s manufacturing programs started as a basic teaching manufacturing center in 1978, equipped with tools and machinery on a level respective to its time. Machines with cutting-edge technology were added in 2015 — such as the latest welding equipment, EDM machines, a dual spindle lathe and most notably two five-axis milling (GF Machining Solutions HPM 450 U) with HEIDENHAIN iTNC530 controllers — after the AMC was awarded a government grant.

The CCD-HEIDENHAIN partnership began with a donation of three TNC programming stations to the AMC from HEIDENHAIN management. With this partnership, CCD effectively uses their five-axis machines equipped with advanced TNC controls to their full capacity, as well as provides additional teaching tools for the students.

In January 2019, HEIDENHAIN announced that CCD’s AMC became the first HEIDENHAIN PARTNER TRAINING in the U.S. To achieve this, CCD’s faculty completed several rounds of advanced training on TNC controls and successfully passed an extensive exam.

CCD’s subsequent final exam covered not only TNC theory but also programming exercises with complex contours that can be mastered using “SL-cycles” and Free Contour (FK)-programming. 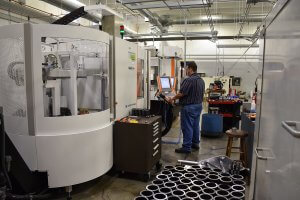 CCD and HEIDENHAIN have hosted two five-axis machining workshops at the AMC with other partners such as GFMS, Mastercam, AME, HARTWIG and Triad Machine Tool Company. Participants were shop owners, operators, local NTMA association members and CCD students. In addition to the hand-on training, partners presented their latest products and features, such as HEIDENHAIN’s Global Programming Settings and the Smart Machine Features OSS (Operator Support System) by GFMS.

In the first workshop, participants learned about the differences between CAM programming and programming at the machine (for non-five-axis parts). Colin Smith, a CNC manufacturing student who is finishing his Associate of Applied Science degree, noted, “HEIDENHAIN’s programming language is safer than others. The offsets are always active.”

Another workshop topic included how to configure a machine’s postprocessor in order to achieve the highest surface quality and cycle times with HEIDENHAIN TNC controls (for five-axis parts). Examples that were given included optimal point distribution outputs from CAM, and correctly configuring HEIDENHAIN’s contour tolerance cycle according to the machining tasks.

During the workshops, the AMC used the HPM 450 U five-axis mills as demonstrations. Parts were run that showed the TNC functions Global Programming Settings and Adaptive Feed Control (AFC). With AFC, the feed rate was adjusted to the spindle load to show how to machine faster, improve tool life and reduce machine tool components (spindle and ball screw) wear.

One student at the workshop noticed how functions discussed in the presentations became live during the machining demonstrations. “I was impressed by the ability to compensate for small things like vibration and finishing, either automatically or conversationally,” commented Woojin Bae. “I see how it helps in the last precision machining step.”