Encoders for extreme demands at steelworks

Extreme 1000 series. That is the name of the latest range of encoders to come out of the development department in Strängnäs. And they certainly live up to their name. 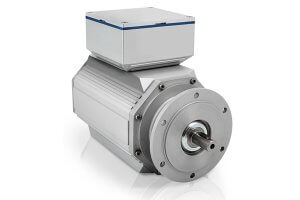 For some considerable time it was the well-known 800 series that set the standard for steelwork encoders. However, the extreme conditions, e.g. dust, vibrations, shocks, high temperatures and aggressive chemicals, called for a solution that was even more robust. Leine&Linde’s engineers got straight onto the problem, and the result was a brand new range of encoders: Extreme 1000 series – an encoder designed for use in the most exposed parts of a steelworks. The 1000 series made its debut at the 2009 SPS trade fair in Nuremburg. Since then, this product has found its way into numerous steelworks around the world. There are a number of mechanical and electrical variants. Encoders can, of course, be purely incremental for use in providing feedback on speed. In addition, the 1000 series can also be manufactured as a redundant incremental or absolute encoder or to provide a combination of incremental and absolute functions. 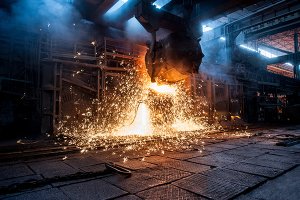 Powerful machinery As Leine&Linde is a company that always listens to its customers, the first variant to be build was a customized version. The application called for it to monitor the speed of a main motor at a hot-rolling mill. Such motors are the heart of any steelworks and often have a power rating of several megawatts. Powerful machinery is involved, and the motors are extremely expensive, so breakdowns caused by a faulty motor have to be avoided 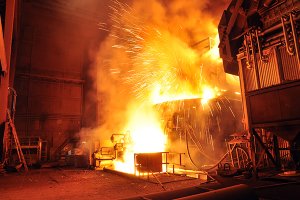 at all costs. If you are unlucky, a damaged encoder can cause a motor to break down – an expensive problem to fix. Very expensive in fact. It quickly became apparent that the 1000 series functioned well in this extreme environment. Bruno Anfossi is Leine&Linde’s Sales Manager for Southern Europe, based in Milan, Italy. Bruno has worked alongside customers on the installation of a large number of 1000- series encoders. His experience and skills make him a very popular man. “One steelworks in Italy needed a variant of the 1000 series comprising two independent incremental outputs, while the control system needed to know the exact position of the motor stator. We resolved this by integrating an absolute encoder into the product. It was a large synchronous motor with a power rating of several megawatts, which suddenly made our largest encoder series in physical terms look very small,” he explains. “We sat down with the customer to discuss the type of mechanical assembly required. We were there during commissioning of the motor and we verified its function. That’s how we work: in close cooperation with the customer and his business.” 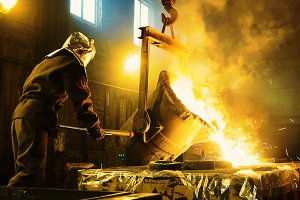 “A smelting furnace containing 1,500°C steel is an environment with extreme demands”

Minimizes the risks Bruno has yet more examples to offer. “On another occasion we linked a number of 1000-series encoders together in a PROFIBUS network. The application involved positioning a tilting smelting

For the toughest environments in heavy duty industries, such as pulp and paper, oil and gas, as well as steel, Leine & Linde is now presenting the latest addition to the Magnetic 2000 series: MRI 2850. THE MRI 2850 ENCODER has been designed to provide velocity feedback with high precision for extended periods without production […]

Unlike other encoder solutions for roll gap regulation, the new Linear 4000 series from Leine&Linde will not need to be installed inside a cylinder. These robust linear encoders are easily accessible for installation and service – and they provide absolute position values. A steel mill’s rolling stands operate in one of the industry’s absolute toughest […]

Encoders for extreme demands at steelworks

Extreme 1000 series. That is the name of the latest range of encoders to come out of the development department in Strängnäs. And they certainly live up to their name. For some considerable time it was the well-known 800 series that set the standard for steelwork encoders. However, the extreme conditions, e.g. dust, vibrations, shocks, […]