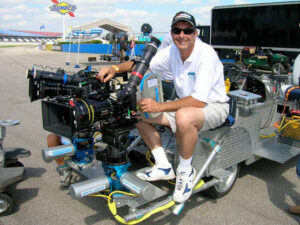 Did you know that a RENCO encoder is used in camera stabilization equipment found on many boats and moving platforms that film for television and movies, allowing filmmakers to get steady shots during high speed boat chases, for example?  Chosen by Motion Picture Marine in California, the RENCO encoder has been part of their PERFECT HORIZON camera stabilization head for many years.

“Our company started in 1977 and was one of the first maritime coordination and film production companies of its type,” explained David Grober, company founder and president. Their PERFECT HORIZON camera stabilizer has been used in many films such as James Bond, Harry Potter, Blue Crush and Step into Liquid, to name a few. “This head allows a cameraman to film from a moving a boat, removing the pitch and roll from the vessel so it appears that he is on solid ground. All he needs to do is follow his subject.”

The PERFECT HORIZON unit is mounted between the camera and its support, such as a crane, tripod or other device. The RENCO encoder within this stabilizer serves as the feedback device for the motor, which compensates for two dimensions of motion in the horizontal plane, keeping the horizon consistent at all times. In the past, similar devices attempted to use gyroscopes to stabilize the camera, but the gyroscopes would also fight the movements of the cameraman. The breakthrough of electric sensors and a computing system make the PERFECT HORIZON an effective, useful tool in the filming industry. 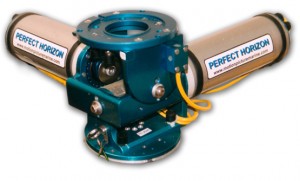 “After doing some research, we chose the RENCO encoder for our PERFECT HORIZON because of its small size and reputation. It was important to us,” said Grober. “They have worked great, and the longevity of the encoder has proven itself.”

The PERFECT HORIZON is used in many strenuous filming applications such as where cameras are secured to not only boats but also jet skis, cars, snowmobiles or floating platforms. Footage taken with this system can be seen in not only motion pictures, but also in television car commercials as well as coverage of surfing competitions and many other sporting events.

Motion Picture Marine not only provides the PERFECT HORIZON for the actual filming, but also does full maritime film production work such as coordinating ocean sequences for feature films and television by putting together boats, skippers, crews and stunt work for above water action.