LEINE & LINDE is bringing added value to the oil and gas industry though its expanded range of products, as well as by dedicating increased resources in strengthening its presence in the industry. The company is now fully qualiﬁed as a supplier to Europe’s major oil and gas companies and is listed on the Achilles supplier lists FPAL and JQS.

Standing up to heavy forces

The scale of offshore operations is enormous, with capacity and load conditions placing higher demands than for most land-based operations. “An example is the semi-submersible crane vessel, developed by the Dutch company Heerema,” says Andrew Sullivan, global key account manager for oil and gas at Leine & Linde. “The vessel has dual cranes and a combined lifting capacity of over 14,000 tons.” When such heavy loads are moved, force and impact become major considerations. All equipment must be robust and able to handle the loads. Leine & Linde’s origins in traditional heavy industries such as coal and mining have provided a good head start when it comes to developing products for the demanding operations carried out on platform drill ﬂoors and in adjoining areas. “As one of our customers put it: ‘If rough-necks chose the encoders, they’d choose Leine & Linde,’ ’’ says Andrew with a smile.  In the oil industry, there are enormous structures to be produced, installed and maintained. It is of the greatest importance that any mistakes are avoided as much as possible since expenses would otherwise be extreme. Constant and full reliability for each component is a must. “The best encoders are those you never need to think about” – the philosophy of Leine & Linde – is welcomed in the industry. 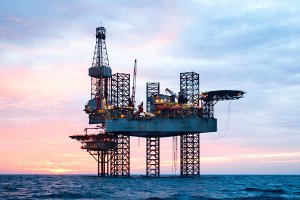 The offshore industry has been known for its stringent demands on safety for quite some time, but recent developments have been focused more on preventative measures. Leine & Linde’s unique Advanced Diagnostics System, ADS, is the answer to a question posed by the entire industry – how can problems be identiﬁed before they occur? “Leine & Linde’s incremental encoder 841, certiﬁed for Ex zone 1/21, has ADS as an option and this function has been extremely helpful out in the ﬁeld where the encoder is used,” says Product Manager Linda Carnbo. “Regardless of the robustness of an encoder, it can fail if subjected to extreme loads. ADS features self diagnostics that can warn of impending encoder problems. This enables maintenance to be planned at an early stage and unscheduled production stops are avoided.” When data needs to be collected for analysis, ADS is an excellent tool.  “ADS Online is our incremental encoder for zones 2/22 and it monitors both encoder functions and associated risk factors such as temperatures and vibrations in surrounding areas,” says Linda. 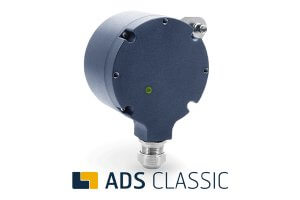 Since its founding in the 1960s, Leine & Linde has been a reliable partner for heavy industry, with innovative solutions to the problems encountered in the most demanding applications. The company is now included on the European supplier lists for the oil and gas industry, and the initiative continues for inclusion on supplier lists in all important regions the world over.

Inductive vs. optical vs. magnetic encoders: how to choose

Where magnetic encoders use positive and negative poles and optical encoders use light passing through a disc, inductive encoders are a little more complicated. Inductive encoders have charged coils that are passed over by a passive disc, modulating what charges the sensor receives. There are only a few companies in the world that have the […]

LEINE & LINDE is bringing added value to the oil and gas industry though its expanded range of products, as well as by dedicating increased resources in strengthening its presence in the industry. The company is now fully qualiﬁed as a supplier to Europe’s major oil and gas companies and is listed on the Achilles […]

HEIDENHAIN offers encoders that can be used in safety-related applications. These encoders operate as single-encoder systems with purely serial data transmission via EnDat 2.2. Reliable transmission of the position is based on two independently generated absolute position values and on error bits. These are then provided to the safe control. In addition to rotary encoders […]